ESAC report to the City of Toronto on the use of Energy Performance Contracts to achieve the City’s Carbon Reduction targets. 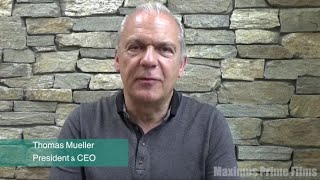 Thomas Mueller, President and CEO of CaGBC makes an important statement on staying primed for recovery through the scaling of retrofits

This EPC follows a $54.4 million project announced by NYCHA and Ameresco in April of 2017 that is slated to be substantially complete by year-end. The combined projects, comprising approximately $157 million in retrofits, align with the Next Generation NYCHA Sustainability Agenda, which commits to a 20% reduction in NYCHA energy use by 2026. It also supports New York City’s One City Built to Last commitment to achieve an 80% reduction in greenhouse gas emissions by 2050.

“This new Energy Performance Contract ensures both that our residents can see necessary improvements to their quality of life and that NYCHA continues to invest in a more sustainable future,” said NYCHA General Manager Vito Mustaciuolo. “This program and the upgrades that follow are vital to ensure we can address our critical infrastructure needs head on.”

“With this EPC, NYCHA has reached $271.8 million toward our $300 million goal for 2025, and we will continue to pursue EPCs aggressively well past the $300 million mark,” said Bomee Jung, NYCHA Vice President of Energy and Sustainability. “Funding for capital improvements is always precious and EPCs provide additional funds above and beyond City, State, and HUD capital.”

For the full story https://www.ameresco.com/ameresco-commences-second-major-project-with-the-new-york-city-housing-authority/

PDF not at link